Welcome to my first book review on the blog!

Many years ago, when I started my blogging journey, I did book reviews here and there to share my thoughts and opinions but slowly shut the project down as I didn’t feel it resonated with my blog’s intentions.

However, seeing as books are a massive part of my life, and I run a parenting AND a lifestyle blog, I found that I could easily add book reviews, without twisting the plot (see what I did there?) of my platforms.

I received this book from my mom last year, and I was over the moon about it. James Patterson is one of my favourite authors of all time, and out of all the books I own, his books are the biggest collection by author on my bookshelf.

Each time I get a new book of his, I do a few cartwheels from excitement in my mind.

I have never read any of his books where he had a co-author assist (I’ve also never read any of Michael Ledwidge’s work before), so I wasn’t sure what to expect from this novel, but keeping an open-mind, I turned the first page.

I have recently started watching the Zoo series on Netflix, and while there similarities to the book, there are changes that I’ve noticed, some which I didn’t like. If you’re worried about spoiling the book by watching the series, you really have nothing to be worried about.

There is a war growing on our planet, and our enemy isn’t the human race, but animals, wild and domesticated: a potential threat to every single person. It’s a race against time to figure out what is causing the animals to behave outside of their predicted behaviours and bring it to an end, or it just might be the end of the world as we know it.

I was drawn to this book because of the concept of the crisis. What could be causing animals to act out in such a way? Could this be something we could be worried about in the future? It did bring forth thought-proving moments, trying to figure out what was going on and why.

The writing was easy to read through, very simplistic sentences even though there were some cases of cheesy dialogue to work through here and there.

While the book is 486 pages, a little longer than the average books that I read, I enjoyed the short to-the-point chapters (it makes you feel like you’re moving faster through the book).

I’ll be honest, about 3/4 into the book, I did lose interest and put the book down for a few weeks. It seemed like the pace of suspense was lost, and replaced with many up and down scenarios that didn’t move the story forward.

The main character, Jackson Oz, is a little unbelievable given the fact that he has no real credentials, just theories and an obsession, except none of this seems to justify why he keeps a pet chimp in his apartment. The logic around the reasoning made no sense to me, and didn’t bring through the urgency of Oz’s worries to the story.

Also the fact that EVERYONE, including world renown scientists are made out to be stupid and not take anything seriously while Oz, again having no cereditials, is the only one seeing a problem and trying to get to the bottom of it. I know, we do have educated folks that aren’t always standing in the brightest lights, but this seemed too far-fetched to me to be true.

As I mentioned above, the writing style was simple and easy to read, but I didn’t enjoy the point of view changing so often, it created inconsistency in the flow of the book, and annoyed me ever so slightly.

Another lead character, Chloe, I felt had no real meaning to the story. The most exciting part of her story is where she and Oz meet for the first time. That was it. The romance part though? Completely overplayed in my mind.

Then there’s the five year passing of time gap. Where we have no idea what happened, but you’re given the idea that we’re still in the same place we left off prior. It would’ve been nice to see some details of what happened in those five years. I have it a feeling it would’ve just been a bunch of up and down scenarios again with no forward direction, which is what made me give the book a rest in the first place.

I wouldn’t add this book to my must-read recommendations as I didn’t enjoy the concept towards the end as I did when I started reading it. I feel that it didn’t bring through enough suspense to the problem, and it was too dragged out. The ending left me disappointed. The ending by all definitions was lame. I just expected more.

It’s not a book I’ll choose to read again soon.

A sequel, Zoo 2, was written by James Patterson and Max DiLallo, as a short story with the plot of humans becoming ‘infected’ and given the slight disappointed of Zoo, I haven’t added this book to my wishlist.

The book has a rating of 3.50 out of 5 on GoodReads which is acceptable, in my opinion.

I gave the book a 3 of 5. The negative side outweighed the positive side too much for me and I had to keep that in mind when choosing a rating. I think that if the ending was done differently, with a better twist (or an actual twist), it would’ve scored a higher rating.

Have you read Zoo? What do you think of it? Let me know. 🙂

It’s no surprise that when it comes to planning anything, a pen and a paper just work the best. I’ve been a planner girl for as long as I can remember. From as far back as I can remember, I’ve been hoarding notebooks to use as planners and I can never say no to a … END_OF_DOCUMENT_TOKEN_TO_BE_REPLACED

Happy Thursday. Anyone else enjoying the short week we’re having? Even though it’s short, it doesn’t make it any less hectic. Today’s review is also on another one of my favourite books. I’m sure it might look somewhat familiar if you’re seen the movie. I usually prefer to read the books before watching the adaptations … END_OF_DOCUMENT_TOKEN_TO_BE_REPLACED

Pregnancy: To do: 2nd Trimester

Congratulations on your pregnancy! I know I’m talking about the second trimester in this post but in case it’s your first time visiting my blog – congrats are still in order! If you’re in your first trimester of pregnancy, don’t stress, there’s a to-do list ready for it too! The second trimester was my favourite … END_OF_DOCUMENT_TOKEN_TO_BE_REPLACED

My name is Anastasiya a.k.a. Annie and welcome to Sincerely Yours, Annie.

I’m a stay at home mama to three kids (two boys and a girl), married, and living in South Africa. 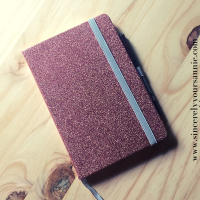 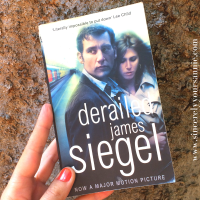