Anyone else enjoying the short week we’re having? Even though it’s short, it doesn’t make it any less hectic.

Today’s review is also on another one of my favourite books.

I’m sure it might look somewhat familiar if you’re seen the movie. I usually prefer to read the books before watching the adaptations of it, as in the past I’ve been disappointed in movies and it completely put me off from reading the books.

In this case, it wasn’t the case. I watched the movie Derailed a couple of years prior to finding the book. I really enjoyed the movie. Not only did it have an amazing cast but the storyline was pretty good too. Naturally, the book needed to be read.

Charles Schine is an average New York commuter, taking the train every day to work. On the day that he misses his usual train, he meets Lucinda Harris, a beautiful and charming woman.

Despite being married, the attraction between them turns into an affair, ending up in a rented Manhattan hotel room.

Things take a brutal turn when they are attacked in the hotel room, and robbed of their belongings.

Believing the worst is over, Charles becomes entangled in a world of violence and blackmail, threatening to destroy everything in his life.

Desperate to take his life back, he takes matters into his own hands – only to discover the sinister truth behind the lies and the deception that has turned his life upside down.

The book has a fast pace, and right at the beginning the intrigue kicks off about the relationship between Charles and Lucinda. You kind of know that things are going to go wrong as the two are sneaking around, but you don’t expect the magnitude of the problems that follow, and the twists that take the plot in a completely different direction.

It took me two days to finish the book, with only 405 pages, and I most probably would’ve finished it faster if I was able to stay awake all night to read. The suspense in the book is great and you don’t want to put it down because you just have to know what will happen next. Each page was a turner to get to the next twist.

I did find one part of the book a little disturbing. One part of the attack in the hotel room was explained in graphic detail which did leave me a little unsettled.

Granted, I understand why the author would include such detail as it adds the discomfort and horror to the scene, but it was a little too much to stomach.

The book has a very standard plot of the domino effect – one mistake can lead up to many things going wrong. How the consequences of one action can lead to many devastating events.

The author’s writing did bring out the emotions of fears and anxieties at all the right places, as you rooted for the best of situations but knew that it wasn’t going to be an easy road to get to them.

The book has an open ending, leaving the reader to use their own imagination to look into the future, and you’re left to make up your own conclusions.

The book has a rating of 3.76 on GoodReads. I gave it a 5. To me, it really lived up to the thriller it was made out to be and kept me in suspense throughout the book.

Have you read Derailed?

Remember when I said that the 4th of July was my least liked booked from the series? It’s not anymore. … END_OF_DOCUMENT_TOKEN_TO_BE_REPLACED

I’m a stay at home mama to three kids (two boys and a girl), married, and living in South Africa. 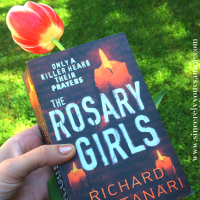 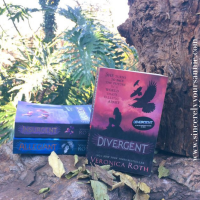