I remember back in the day, I used to love checking out the Point Horror and Point Horror Unleashed books from the local library.

They were always easy reads and didn’t take up much time to read and finish within a couple of hours of non-stop reading.

Anyone else remember the Fear Street series? I used to love them!

So when I spotted The Cunning Man (Point Horror Unleashed) on a bookshelf, I decided to relive those earlier days by bringing the book home.

Fynn, her mother and two brothers are spending time at Salt House.

As Fynn deals with her anxieties about being close to the sea again, living in Westwater Bay isn’t helpful.

Surrounding them are myths and legends about the seas and treasures long lost. Westwater is a dangerous place where many lives have been lost on the shores, ships broken and lost on the Viper Rocks – hoodwinked by the magic of cunning men.

As strange things befall Fynn and the family, she’s left to wonder if these are all coincidences of myths or is there something more sinister at play.

It’s a fairly short read, which can be easily finished in one sitting. The language is plain and easy to navigate through without instances of scratching your head to figure anything out.

I feel this book is aimed at teenagers with the style of writing. There’s no complicated plot and the story moves in a fast and understanding direction.

The myths were interesting to read about and some were thought-provoking.

Even though it’s part of the Point Horror Unleashed series, it wasn’t that frightening and scary as I’d have expected. Maybe that’s the point, given the demographic the book can reach. However, I still expected some ‘horror‘. There were a couple of spooky moments, like the cave incident, but none that made me want to shut my eyes for a moment to process the fear and anxieties of the moment.

There was no or almost no confrontation between the main characters and the villains, even though the villain was an important part of the plot, which I found a little odd.

Fynn’s mother came across as a very irresponsible parent; allowing her kids to go off with strangers, do some dangerous things with strangers, not reading up on the dangers of the area itself and then most of the time not even knowing where the kids were. It’s not like she had much going on to revoke her parenting responsibilities completely.

The book was short and to the point, however the setting would’ve been much better for the plot to develop if there was more suspense added and a little more emotions added to the characters as well as the circumstances. There was plenty of potential if there was just that little bit extra.

There was no stereotypical teenager romance sub-plots to read through, which was pleasant to not experience.

The myths were fascinating but could’ve used a little more suspense and trepidation. Character growth also needed some attention.

The story was quick and easy to read, but really lacked the horror factor that I was expecting.

Have you read The Cunning Man?

I was able to get my request approved on NetGalley for an early peak at this book, and I was … END_OF_DOCUMENT_TOKEN_TO_BE_REPLACED

I’m not sure how I missed this book series in my teen years, the first book was published when I … END_OF_DOCUMENT_TOKEN_TO_BE_REPLACED

One thought on “The Cunning Man by Celia Rees {Book Review}” 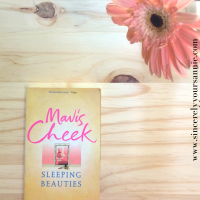