This is the first Patricia Cornwell book that I read that is outside of her Kay Scarpetta series.

I’m used to the Kay Scarpetta series and I was curious to see what more the author could do outside of that. One aspect of this book I appreciated is the length, it’s less than 300 pages, and if you’re familiar with Cornwell’s books, you’ll know that she doesn’t do short books.

While completing a course at the National Forensic Academy, state investigator Winston Garano is called back home by his boss to investigate a two decade old murder.

His boss, attractive and aggressive district attorney, Monique Lamont, is planning on running for governor, and her strategy is to use a new crime system, called At Risk, to close the twenty year old cold case by using the cutting-edge DNA technology. If she can show that the system works, she’ll sure have her new title in the bag.

Winston isn’t so sure, about the case and his boss, and before he can take charge of the situation in front of him, a violent act pushes their lives to the edge. The act doesn’t seem random. Was the motive personal? Professional?

No matter the reason, the situation is just starting to get worse.

The book is written in present tense which is good to get a feeling of being part of the story as it unfolds. The chapters are a good few pages long, sometimes with sections in them to mark passing of time or changing the point of view of a character. There are several point of view changes that weren’t overwhelming and needing to link the plot and sub-plots together.

The language in the book isn’t too complicated and easily read, allowing you to move through the book with ease. Then again, it did give me a feel that the book was written by someone with little writing experience.

Winston Garano is a character that definitely needs more than one book to figure out and see if there’s a liking to him. He did come across as selfish and overconfident, while lacking some morals and minimal courage. I couldn’t understand his reaction to the fact that he had a job to do and that it wasn’t really his choice to be picking and choosing.

I think I’ll need to understand him more to make a proper assessment of his character, and sometimes one book isn’t enough. I did feel some morals come through with the dog situation, but that was a rare moment.

Monique Lamont is an interesting character; she’s a badass but a not-so-closet feminist. She has extremely over the top demands, some that are justifiably ridiculous and I think she’s just used to getting her way-or else.

I honestly didn’t like her from the first few pages introducing her and showing her traits and responses. She comes across as self-absorbed and rude, and there’s a part in the book that I’m glad to see someone not gobble up her crap for a change like most other people did. Somewhere down the line, it wasn’t about liking her as much as it was just tolerating, despite what happened to her.

It was cool to get a Scarpetta book reference in the story and actually get it to understand the setting behind the reference.

I did like Sykes (a lot more than the actually female lead character), her spunkiness and attitude was adorable, and I hope that if I do continue with the series, she’ll be included in the books too.

The plot and sub-plots were interesting, even though there wasn’t much focus on the technology, which was expected. The twist with the twenty year old case was good, and since I love watching shows about how cold cases are solved, I appreciated this plot for what it was.

The plot with Monique’s story was unexpected and not too graphic for readers. I think that Monique’s character was purposely written in the way it was. She was so self-absorbed that there wasn’t any way she would’ve smelled the rats, or better rats, right under her nose if she took some time to focus on things around her.

The book could have spent more time in editing, with some silly mistakes picked up along the way.

I found some parts of the book confusing and resulting in me losing the plot, and by the end, I’m still not sure that I have it figured out. Although I was initially happy about the short length of the book, it did come around to biting the underdeveloped plot. The plot could’ve used some more thought and the characters some better traits.

Have you read At Risk?

Happy Monday, and happy new month! I know we’re already more than halfway into the month, but I just needed … END_OF_DOCUMENT_TOKEN_TO_BE_REPLACED

The Hunt of the Unicorn by C.C. Humphreys {Book Review}

Yes, I read another children’s book, but in my defence: the name and the cover stood out to me. If … END_OF_DOCUMENT_TOKEN_TO_BE_REPLACED

This series is just wow! The books, the movies, all wow! A few years after the first book, aka this … END_OF_DOCUMENT_TOKEN_TO_BE_REPLACED

2 thoughts on “At Risk by Patricia Cornwell {Book Review}” 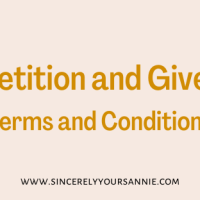 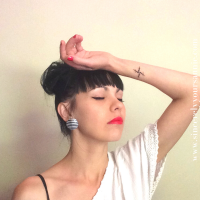 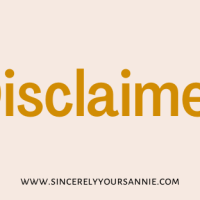