This is the first Minette Walters book I’ve read and I absolutely loved it.

Not only did it bring out the emotions the author expected, but it left me with thoughts about how reality was written into this book so well.

Initially I couldn’t figure out what the main theme was of the book but it quickly wrapped up with showing what lasting effects abuse and trauma has on a person’s life.

When five women are found murdered in Sierra Leone, Reuters Africa correspondent Connie Burns believes it’s the work of a British mercenary. He carries with him a reputation with violence and brutality wherever he goes.

No one listens to her warnings and suspicions, but Connie is determined to expose the truth. When she encounters the man again in Baghdad, she’s taken hostage.

She’s released after three terrifying days and returns to England, fearing she will never be the person she was before. She keeps the details about her abduction to her self to protect herself, and retreats to a remote rented house to keep out of the spotlight.

She encounters problems with her landlord’s family, a feud dating back generations.

She’s still trying to control her trauma and emotions from her ordeal, but she knows it’s only a matter of time before it catches up with her.

The pace in the book varied; as it picked up, it died down again. The chapter were quite long and at times didn’t feel would come to end to give the reader a breather from the pressure of suspense.

I love how the author used the different examples of communication throughout the book to bring us back to reality despite everything else going on.

The first few chapters already contain many events, but not shared with much detail.

Connie’s trauma is present but not described in full detail, leaving the reading glued to the words to know what happened to her. The tension of her trauma is a constant on each page. While there’s no full description of what happened, you can feel the fear and horror in the moments.

Jess is a complex character and easily misunderstood in the beginning. Even her age is a mystery. She’s a peculiar character with interesting branches of knowledge. You can figure out pretty easily that she’s had a hard life, shown through her behaviour patterns.

Madeleine’s character was shallow, judgemental and attention-seeking, which isn’t a mistake on the author’s part-that’s how she had to be portrayed in book for the sub-plot to work. That being said, if the point was to hate her character, it was achieved.

There is a constant feeling of the tense atmosphere, knowing that the antagonist is around but never knowing when he’s going to make an appearance for the final showdown that the book is leading to.

The book portrays how the cruel prey on their victims and the roles of survivors in the aftermath.

This book is an example of how strong women fight back against social expectations; those who suffer but fight for the truth to be revealed.

The book’s title was a perfect fit to the plot and the main characters.

I’m just a little disappointed, but not in a bad way, about not having answers to what happened to the body. It’s left for the reader to decide, but I gotta know!

Have you read The Devil’s Feather?

I was able to get my request approved on NetGalley for an early peak at this book, and I was … END_OF_DOCUMENT_TOKEN_TO_BE_REPLACED

I’m not sure how I missed this book series in my teen years, the first book was published when I … END_OF_DOCUMENT_TOKEN_TO_BE_REPLACED 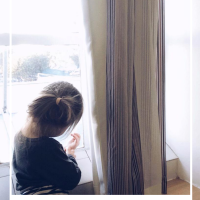 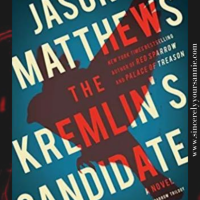