After finishing the first book in The Pledge series, called The Pledge, there was some expectation already set for the next book in the series.

It’s always a challenge when you’ve read a book, and you expect the next one in the series to be even greater as the story develops and the characters are faced with new difficulties and outcomes. Sadly, this book didn’t live up to the same expectations as the first book, however, it still ended up being a good read.

Charlaina has defeated Queen Sabara and has taken her place as Queen of Ludania, except the evil Queen’s essence has fused with Charlie’s psyche, ready to fight at any sign of Charlie’s weakness.

While Charlie isn’t weak, she is pushed to the brink of her sanity as she’s learning to rule Ludania, struggling against the old Queen’s essence inside her and battling a growing resistance that’s determined to return Ludania to its old ways.

Charlie travels to an annual summit to meet the leaders of other Queendoms, where her ability to understand all languages come in handy, but she is faced with a betrayal. The only one she can turn to for help is the soul residing within her.

Just as in the previous book, there’s a group that’s unhappy with the way Charlie is changing things, things that she believes need to be wiped out to create a stable and happy Queendom, but not everyone feels the same.

Poor Angelina, desperately trying to help Charlie but not being as strong as in the previous book.

Brooklyn is very different now, and I think I like this character, her true self, a lot more!

The old Queen’s essence didn’t come across as being such a huge danger to Charlie, except when it came to the romance, because ‘awkward‘.

I found Charlie to still be immature with some of her decisions, especially thinking that she was able to deal with her Sabara issue on her own, and not reaching out for help by the people she actually trusts. Her doubt is what cripples her strength, and she doesn’t come across as sensible and strong as you’v come to know her.

The romance between Charlie and Max is severely stunted in the book, which was disappointing based on how sweet it started off.

There was a love triangle, a trope I’m not a huge fan of, but this one had an unexpected twist and worked well for the plot.

My favourite character is definitely Zafir, he’s protective and his sarcasm is killer.

There’s some death to get through in this book, something I didn’t expect. The ending was heartbreaking, and Charlie’s got some making up to do — big time!

It also wasn’t that hard to figure out who the traitor was.

The first book came across more as a fairytale, but The Essence has a Dystopian feel to it.

Have you read The Essence?

More reviews from The Pledge series

To All The Boys I’ve Loved Before by Jenny Han

I haven’t had any interest in reading any of Helen Fielding’s other books, the ones that made her famous: Bridget … END_OF_DOCUMENT_TOKEN_TO_BE_REPLACED

TW: bullying, suicide, sexual assault. I doubt there are many people around that HAVEN’T heard of the Netflix series, Thirteen … END_OF_DOCUMENT_TOKEN_TO_BE_REPLACED

3 thoughts on “The Essence by Kimberly Derting {Book Review}” 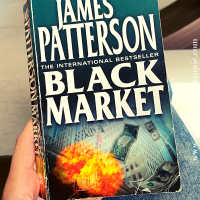