I’m not sure how I missed this book series in my teen years, the first book was published when I was 15 so I should’ve come across it sooner?

Never mind that now, I’m catching up on the adventures of Percy and the world of demigods.

I found the series at the local library, and while they don’t have all the books in the series, I’m happy to swap them out with e-books to continue with the story.

If you enjoy mythology and adventure, you should give the series a try too!

Percy Jackson doesn’t fit in anywhere, constantly getting into trouble and needing to move to a new school.

While out on a school trip, he is attacked by his pre-algebra teacher, who turns into a monster. When Percy’s mom finds out about the incident, she knows he won’t be save anymore and sends him to Camp-Half Blood, where he will be safe amongst his own kind.

Percy finds out that his father, someone he never knew, is someone quite unlikely and realises that because of him, he has powers only the Gods could give. As the mystery unfolds, he is told to go on a quest — to retrieve another God’s weapon, all to stop the destruction of everything they know with the most unlikely of companions.

I have always found mythology fascinating and luckily I have a background knowledge of Greek mythology so there wasn’t much confusion as it was refreshing my memory to understand who all the characters are, and of their importance.

I love how the mythology was written into the story and how it tied everything together, as you find out as the story continues. The adventure levels are intense, if not terrifying at some parts.

Camp Half Blood is awesome; everything from the activities to the food to the training to the cabins, and to all the characters that you meet there.

Getting to meet all the other kids there, while quite a few characters to keep track of and their tiny backstories, you have the cool kids and the bullies but I think the most shocking discovery is that you have so many siblings.

Percy’s water powers are cool too! I always thought the water element is kind of the boring one, if compared to fire, but his powers are pretty bad-ass.

Annabel is a complex character but actually a very good friend and has great loyalty to those that she cares about even if she doesn’t agree with them.

Grover is definitely the different one in group, but I don’t want to give too much away to spoil his character. He’s funny, sometimes cowardly which changes as the story grows and kind of ends up growing on you.

A fast-paced adventure with travelling, scary creatures and mythology to get lost in.

I honestly wish I had read the book before watching the movie, but maybe this was a good thing, because moving from the movie to the book, I was drowned in even more information and detail that I never had before.

Have you read The Lightning Thief?

More reviews from the Percy Jackson and The Olympians series

Percy Jackson and the Sea of Monsters – Rick Riordan

More reviews from the ADVENTURE genre:

The misfortune continues!  This is book seven in the A Series of Unfortunate Events series by Lemony Snicket, and I’m really enjoying the … END_OF_DOCUMENT_TOKEN_TO_BE_REPLACED

The misfortune continues!  This is book six in the A Series of Unfortunate Events series by Lemony Snicket, and I’m really enjoying the … END_OF_DOCUMENT_TOKEN_TO_BE_REPLACED

The misfortune continues!  This is book five in the A Series of Unfortunate Events series by Lemony Snicket, and I’m really enjoying the … END_OF_DOCUMENT_TOKEN_TO_BE_REPLACED

𝘏𝘌𝘓𝘓𝘖 𝘔𝘖𝘕𝘋𝘈𝘠
Look at me mixing up the background a bit… 😏
✨Thanks to every single one of ya who reached out to wish me a “happy to getting another year older”✨
It has been one of those weeks where 500 things are going on at the same time and there’s no real time to sit down and clear your head.
• New week (and old) •
𝙾𝚌𝚝𝚘𝚋𝚎𝚛 𝚂𝚙𝚛𝚎𝚊𝚍
𝚆𝚎𝚍𝚗𝚎𝚜𝚍𝚊𝚢 𝙵𝚎𝚎𝚕𝚜
𝙷𝚊𝚙𝚙𝚢 𝙼𝚘𝚗𝚍𝚊𝚢
𝙷𝚊𝚙𝚙𝚢 𝚃𝚑𝚞𝚛𝚜𝚍𝚊𝚢! 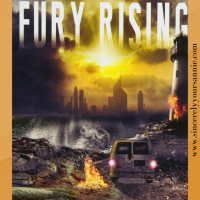 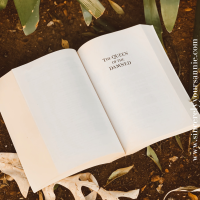