I’m not sure why it took me so many years to read the book after buying it almost seven years ago.

I had no idea it existed when it was published, I was only 15 and wouldn’t have appreciated this book for what it is. It’s definitely for a mature reader and has I read it at that age, I would’ve scared myself away from reading anything else from the Millennium series.

I read the book in March then read the second and third book in June, all by Stieg Larsson, and continued with the new books written by David Lagercrantz in July, finishing all three in the same month.

But let me not rush ahead here, let’s go to where it all started.

The Industrialist: Henrik Vanger, head of the dynastic Vanger Corp. is tormented by the loss of a child decades earlier and convinced that a member of his family committed murder.

The Journalist: Mikael Blomkvist delves deep into the Vangers’ past to uncover the truth behind the unsolved mystery. But someone else wants the past to remain a secret and will go to any lengths to keep it that way.

The girl with the Dragon Tattoo: Lisbeth Salander, the enigmatic, delinquent and dangerous security specialist, assists in the investigation. A genius computer hacker, she tolerates no restrictions placed upon her by individual, society or the law.

I’m not a fan of translated books but this book was translated with good style from Swedish. Nowhere did I come across any words, phrases or descriptions that didn’t make any sense.

Let me just say that Lisbeth isn’t the most likeable person. She is rude and short-tempered, and at most times socially inappropriate but she’s still a kick-ass character that is a creature of circumstances and her walls are there for her own protection.

Not all female characters are these soft-mannered girls/women with lady-like characteristics that hardly put a toe heavily over the line. Lisbeth is none of that, but so much more!

She is definitely one of my favourite female characters of all time. Strong, quirky and stands up for what’s right. Yes, she is depicted as violent but she still has a conscience and only really shows a violent side when the situation calls for it.

Blomkvist is a character that needs to grow on you. Sure, he is outspoken and does what he needs to for truth and his profession but at the same time he’s arrogant and slightly annoying, and I struggled to find him likeable from the very beginning. He grew on me, very slowly, as the story continued and I was able to see a different side to him that wasn’t very clear in the beginning.

While the whole book is descriptive, I just have to add that there are some scenes that might be hard to read due to their nature. While they aren’t written in full detail, there is enough to twist your guts into a knot as you see the whole picture play out in front of you.

The whole issue about the disappearance of Harriette was developed marvellously as a mystery and I didn’t see the twist coming, which was a lot more gruesome than I had expected the outcome to be. I watched the movie, the 2009 original one with Noomi Rapace, not long after it was released and the years in passing made me forget the twists that were revealed so I had the book without any preconditioned ideas.

The book is packed with action, travel, plot twists and a promise of love. There are so many interesting characters and an unnerving storyline.

Have you read The Girl with the Dragon Tattoo?

More reviews from the Millennium series

Something in the Water by Catherine Steadman || Book Review

Let me start this post by clearing up some expectations. Just because a book is chosen by a famous person … END_OF_DOCUMENT_TOKEN_TO_BE_REPLACED

We Can See You by Simon Kernick || Book Review

When you’re on a thriller book high, it’s just not acceptable to take a break and read a book from … END_OF_DOCUMENT_TOKEN_TO_BE_REPLACED 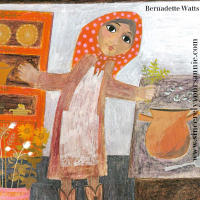 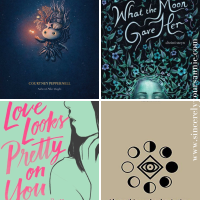 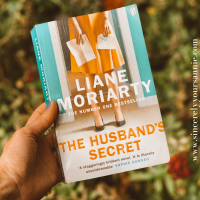