While it might seem like a silly idea to jump into a book series with the 12th book, some books are written with enough context to know the backstories.

This book would work well as a standalone because there isn’t much information left out to know about the main character and understand his story.

The translation of this book from the original Norwegian was done well and it didn’t feel like you had to spend extra effort trying to figure out meanings and incorrectly used words.

HARRY HOLE IS ABOUT TO FACE HIS DARKEST CASE YET.

Harry is in a bad place: Rakel has left him, he’s working cold cases and notorious rapist and murderer Svein Finne is back on the streets.

THE FIRST KILLER HARRY PUT BEHIND BARS IS OUT TO GET HIM.

Harry is responsible for the many years Finne spent in prison but now he’s free and ready to pick up where he left off.

When Harry wakes up with blood on his hands, and no memory of what he did the night before, he knows everything is only going to get worse . . .

The book started off slow and the pace didn’t really pick up for much for the book. The ending was a little rushed, and the build up that the author ended on adding to the book just wasn’t justified.

A lot of the detail added to the book I found to be irrevelant to the plot and the only thing achieved was adding length to the book.

The plot was interesting enough to follow however with the multiple amount of characters, subplots and backstories, it was hard to follow the story and remember who was who and the importance of them being included in the book.

I feel the plot needed more attention and creative input, and less attention on so many characters and subplots, to make it stand out. There were also a couple of holes in the plot that made some things make less sense than they should’ve.

By the time the reveal was made in the end, I didn’t have much interest in who was behind everything and the reasons. The length and detail of the book wasn’t justified and a slow read turned into quite a boring one.

Have you read Knife?

Something went wrong. Please refresh the page and/or try again. 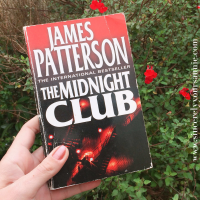